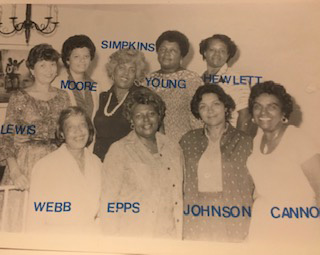 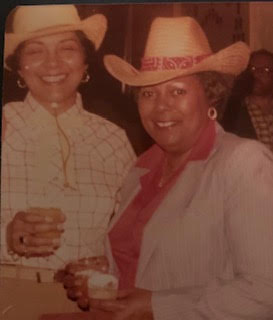 In May, 1959, the New York Chapter officially installed a chapter in Pittsburgh, Pennsylvania into the PIVOTS organization. As the women in both groups relocated and developed other associations, new chapters evolved in various cities. After some time and installations of chapters in Atlanta, GA, Baltimore, MD, Cleveland, OH, Columbus, OH, Detroit, MI, Macon, GA, Pittsburgh, PA, Washington, DC, and New York, NY, PIVOTS was reorganized and took on the name of CARATS, Incorporated.

In 1975, a new creed of Sisterhood was created: “We are CARATS, Charming individuals who are Actively involved in our organization and communities. We are Responsible women, Appreciative of our heritage, and Truthful and Sincere in our endeavors.” The official motto of the organization became “Embracing Dimensional Friendships.

On April 12, 1980; The Philadelphia Chapter of the CARATS, Inc. was installed into the National organization.

April 12, 1980 the Philadelphia chapter was born. We are celebrating our 40th anniversary this year and we’d like to recognize our founding leaders. Carat Peggy Epps was President and Carat Percinia Johnson was Vice President. They began what was then and is now a chapter of dynamic and determined women who are dedicated to our beloved Carat organization.